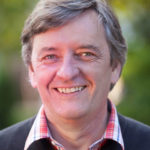 I started to learn homeopathy since 1982.

Eight years later I began to give presentations, lectures and seminars in Germany and later in Europe.

Furthermore I released many articles in different journals.

For more then 10 years I added veterinary experiences into Radar.

2014, when I was involved in the EU-IMPRO project I started to write a veterinary repertory, which rests upon veterinary sources only.

We use cookies to ensure that we give you the best experience on our website. If you continue to use this site we will assume that you are happy with it.Ok